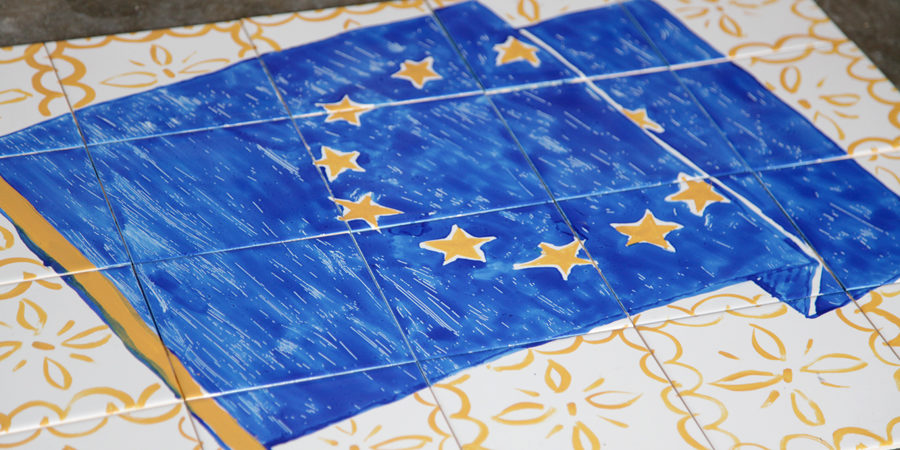 Populism is everywhere these days. Not only as a phenomenon but also as a topic in political discourse. Yet, the closer you look at it, the more you will realize that populism is quite a messy term. It signifies everything from an unease towards dissent, to the fear of a weakened democracy. More importantly, once you get a grip on how you define the term you will realize that populism may be destructive and inflammatory but is not the real problem. It is mostly a symptom for fundamental conflicts in society.

Populism: nothing new, and not a problem

To start with, what is populism? First of all, it is something which has existed since the early days of democracy. Populist elements can be found in basically every political party, especially in election campaigns. The main component of populism is its polarizing worldview, drawing a line between ‘the people’, ‘the elite’ and ‘the others’, with the populists – obviously – claiming they speak for the people. This negative way of creating identity is highly ambivalent, and yet it is a standard part of politics. From Martin Luther to Matteo Renzi, from Jeremy Corbyn to Bernie Sanders or Publius Clodius Pulcher in ancient Rome: politicians across the political spectrum have long used and still use this way of channeling and creating identity to further their political goals.

Populism gives overtly simple answers to complex problems – answers that, if implemented, would not help solve these problems. Simplistic answers help create the illusion of control and orientation. In times of change, people long for exactly that, especially when established political forces fail to deliver strategic visions in times of uncertainty.

Populists gain attention with their simple answers not only because they are easy to understand. Sometimes, they offer solutions to problems which their political competitors have ignored until then, be it by looking away or not noticing them. Populist players thus use a strategic vacuum created by others and force the political mainstream to face even the most uncomfortable topics.

Focus on values, not style and tactics

Is all this a problem? Not necessarily. Of course, the populist strategy of using discourse to divide society into good and bad, innocent and corrupt, does its part to poison democratic debate. This is, however, something which can be outplayed and countered. I am neither worried about Podemos in Spain, nor Die Linke in Germany. I am not worried about Syriza in Greece, or Bernie Sanders in the USA. All these forces use populist means, some more so, others less so. But rather than poisoning democratic discourse, they bring emotion back into the political arena, mobilize voters, and enrich the debate with their alternative ideas and perspectives.

Populism becomes a problem once it is linked to illiberal or anti-pluralistic values; when people and parties use populist means to aggressively promote values that hurt the very core of liberal democracy. When minority rights, civic and economic freedom are attacked, we need to worry – not so much about the populist style of the forces who do so, but about their values.

In Dialogue on Europe’s Thinking Lab on Populism, we established the terms illiberal and anti-pluralistic populism but agreed there is a need to differentiate between different uses of these terms:

There is illiberalism that goes against cultural values, like minority or women’s rights. Should we be worried about that? Yes. Take Marine Le Pen, or Geert Wilders, or the AfD in Germany. These political forces plan to change the DNA of society and want to limit individual freedom when individual life choices run counter to these ideologues’ image of what the nation should look like.

Then there is economic illiberalism, which also is often linked to populism. This can mean being against free trade, or large corporations. Is that a problem? To my mind it can be but isn’t necessarily. You can be an economically illiberal and still stand for liberal democratic values. Take Die Linke in Germany, or Jean-Luc Mélenchon’s movement in France.

Many people make the fair argument that too much economic liberalism has caused the severe societal conflicts we face today. Cas Mudde wrote that ‘populism is an illiberal democratic response to undemocratic liberalism’, pointing to the increased inequalities that pain the once relatively equal Western world.

You can be populist and you can be illiberal in an economic sense, in other words, without being a threat to democracy. This is something which is easily blurred in a debate that lumps Syriza, Die Linke, Front National, and Fidesz all together and labels them “populists”, treats them all alike. This is a fatal mistake in my eyes, as it shifts the attention away from the debate on values towards a focus on style and tactics.

What is truly dangerous is anti-pluralistic populism – a value set that attacks the diversity of opinion and thus basic civil liberties. Take Fidesz in Hungary, PiS in Poland, AKP in Turkey and to a lesser extent, Donald Trump in the United States. When democracy is understood as a dictatorship of the masses, when authoritarian rule is erected through democratic means, when ‘us’ versus ‘them’ means that opposition rights and the free press are being attacked – this is when we need to be worried. Not so much about populism itself but about the anti-pluralistic values that come with it.

By labelling everyone who is not in the political center ‘populist’, we blur the line between authoritarian and extremist political forces and pluralistic, liberal democrats. It distracts us from the fight about core values that is happening right now. We don’t need to talk about populism – we need to talk about the paradigm shifts in society, the massive income and wealth inequality, the structural discrimination happening even in the most advanced democracies, the lack of life perspectives billions face worldwide, and the massive disruptions we are about to experience in the labor markets. What we need to discuss is how we can rebuild democratic institutions in a way that makes them deliver what today’s societies need, instead of holding on to models from the 19th and mid-20th century. We need to talk about values, about the type of society we want to be, and how we can fight structural problems at their roots instead of focusing on a political symptom which is far from the real challenges we face.

I am highly certain that we will be able to outcompete illiberal and anti-pluralistic political forces only if we, as liberal and pro-pluralistic democrats, come up with alternative visions for our societies. Mainstream politics over the past few decades has fundamentally neglected its strategic duty to present alternative visions for a good future. There is and has been only one model which exists even today, promoted by the center-left and center-right. Those mainstream forces who divert from it, like Labour in Great Britain, or the Sanders movement in the USA, very much focus on solutions from an imagined past, instead of creating new, better futures.

It comes as no surprise, then, that those who do not believe in the mainstream model are an easy catch for illiberal populist parties. After all, they are the ones who deliver alternatives in the political arena. You may dislike Ukip, the Front National, and the Alternative für Deutschland but you have to hand it to them: they are the ones who insisted that things could work differently. From leaving the Euro zone to closing borders, they argued that there must be more than one option for the world we live in, as did Syriza, Podemos, and Die Linke with their programmes on the pro-pluralistic left.

These populist forces with Donald Trump as the leader of the pack, reminded the center that there are alternatives, that politics could do things differently if it only decided to do so. Just as the financial crisis pushed mainstream politicians towards making fundamental political decisions in order to preserve and stabilize the global financial system, so did Donald Trump’s election serve as the wake-up call for most parts of the political mainstream: a diversity of opinion and vision is an elementary requirement for a vital democratic society.

So – instead of focusing on telling people what’s wrong about the illiberal populists’ vision – shouldn’t we discuss how we can push the parties of the political centre to offer true visions for our societies? Visions that fill us with hope and optimism and make us willing to leave the place of fear and defense most of the established players are in right now. Shouldn’t we, instead of bashing our political foes for doing their job well, start pushing the established players harder so that they stop insisting on towing a political line, which insists ‘there is no alternative’? Shouldn’t we as citizens think about how things could be done differently, and what we see as a good future, instead of whining about the obsessive-aggressive phantasies of a political minority?

Only if we come up with distinctive viable alternatives that give people the impression mainstream politics will help create a good future will we be able to put the illiberals in the place in which they belong: the political nowhere.

To achieve this, we need more than just new visions and coherent strategies. There is one thing which liberal democrats can learn from the populist right. People like Geert Wilders, Nigel Farage, or Donald Trump have one thing the liberal majority has not: a profound sense of agency. They imagine the impossible and then do it. They have a cause, a vision and most importantly a deep belief in their ability to change things. This individual willingness to go beyond what is considered realistic leads to them achieving goals which are effectively paradigmatic political shifts. Take Brexit – no one on the liberal pro-pluralist side has or will come up with such energy from a position of defense. To create true ripple effects you need to stand for something, to move instead of merely defend.

If we want to rebuild and revitalize the national and international architecture of politics in a way which preserves and strengthens the values of liberal democracy, we need individuals who empower themselves and who are willing to put in a great effort. This takes more than political mandates. First and foremost it takes individual audacity, the self-confidence to attempt what others declare impossible. It needs people who realize that that which is man-made can always be changed for the better.