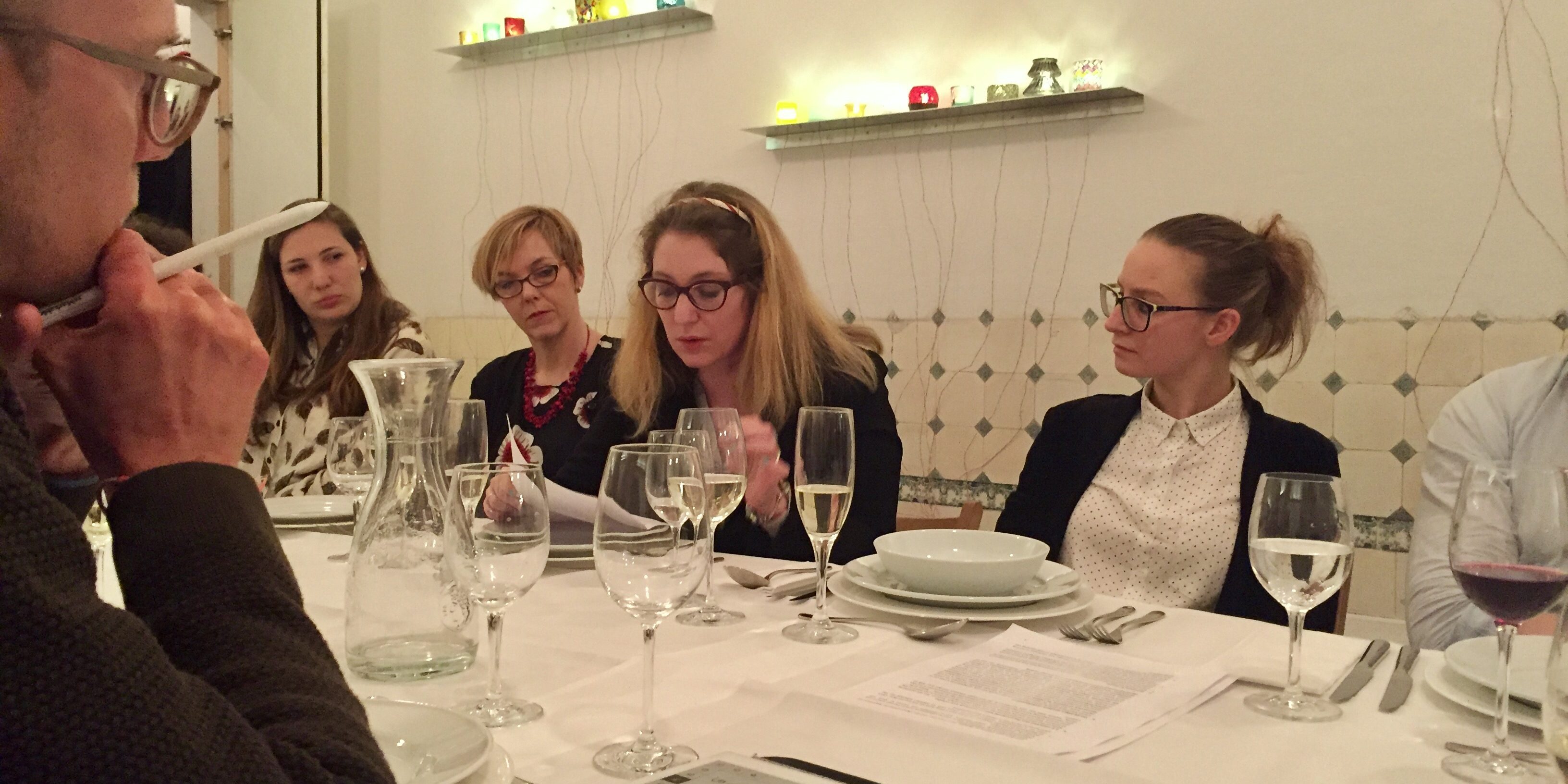 On 14 March, the third Democratic Innovation Dinner organised by the Democracy Lab took place. The objective of this event format is to bring together a diverse group of people under Chatham House Rule in order to discuss various aspects of the future of democracy.

This third dinner was entitled “The silent revolution: How network parties renew the European party landscape”. The guests discussed the emergence of new network and citizen-centered parties in Europe, explore what unites them and discover what innovation they bring to the political landscape. Katarzyna Anna Klimowicz from the University of Warsaw gave a short input speech, followed by two short case studies with Florence Cour from “La République en Marche” (France) and Paco Navarro Lopez from “Podemos” (Spain).

What defines network and citizen-centered parties?

Whether it’s “Razem” in Poland, “La République en Marche” in France or “Podemos” in Spain: silently, new parties are changing the political landscape and promote innovation the sector – from local to national level, with initiatives such as “Barcelona en Comú” for citizen collaboration in Barcelona, or“Demokratie in Bewegung” in Germany.

In contrast to more established parties with traditional hierarchical governance structures, network parties have a different form of organisation: They are based on horizontal self-organisation and open participation by non-members. They often arise from citizen-led grassroots or protest movements, and are against “politics as usual” where voters often have the feeling of having to “choose the lesser evil”. Some parties, such as “Alternativet” in Denmark, even break with the principle of nationality and brand themselves as resolutely “international” parties.

The emergence of those new parties is often linked to the crisis of the political system, the decline of citizens’ trust in politicians and increasingly low electoral turnout. In addition, the growing awareness of inequalities – whether economic, social or ecological – have pushed people to look for new players that portray themselves to be more focused on the “real needs of ordinary citizens”.

Besides the new internal organisation structures, the second important feature of those new parties is their use of digital tools to mobilise members, for their internal and external communications and for their campaigns. The digital collaboration and shared platform enables a more active role and participation in collective decision-making processes.

Many new parties are defining themselves as citizen-centered, decentralised and digital. They want to change the role of passive citizens into active ones and want to experiment with democratic innovations. Often, their objective is to achieve a more inclusive democracy.

En Marche only became a party (“La République en Marche”) after the election of Emmanuel Macron. Before that, it was a grassroots movement using digital tools and social networks to mobilise people. En Marche used a participatory approach to get information from members for the electoral programme, created local committees and defined itself neither as left or right.

For Podemos, one of the main reasons to enter politics was to break with the “political elite”, fight against the “revolving doors” problem and corruption ingrained in established parties. They see their representatives not as professional politicians, but as citizens that have other careers before and after their mandates. Just as En Marche, Podemos doesn’t use the categories of left and right. Instead, they want to solve “concrete” problems and be “connected to the streets”.

What does this development mean for traditional parties?

The dinner ended with an open discussion between representatives of the “traditional parties” and those coming from newer parties. Controversial questions were discussed: Are new parties merely “anti-establishment” and thus populistic? New parties often want to follow the “will of the people” –  but is this a positive development or might this end up with politics following the “delirium of the crowd”? What are the common characteristics of “network parties” when speaking about such different parties as En Marche or Podemos? Is the programme of those new parties really content-led, or do they focus too much on the internal form and structures?

Some negative aspects of the new parties were also discussed: Are new parties really citizen-led, even though many of them show “strong men” at their top, such as Pablo Iglesias, Emmanuel Macron or Beppe Grillo? Are the structures really more participative than in established parties? And how are new parties more inclusive when they exclude those people who are not as tech-savvy as their founders?

In the end, only time will tell whether those parties develop into more sustainable structures and manage to gain a more durable position in the European party landscape. Whilst new parties can have a positive impact by allowing new players and new ideas to enter the political sphere, one has to be aware that established parties also provide stability and have gatekeeping functions when democracy is threatened. Thus a good balance between stability and flexibility needs to be found in the future. One thing is sure: New parties are interesting developments in the political field and push for more innovation in this otherwise quite stagnant environment.