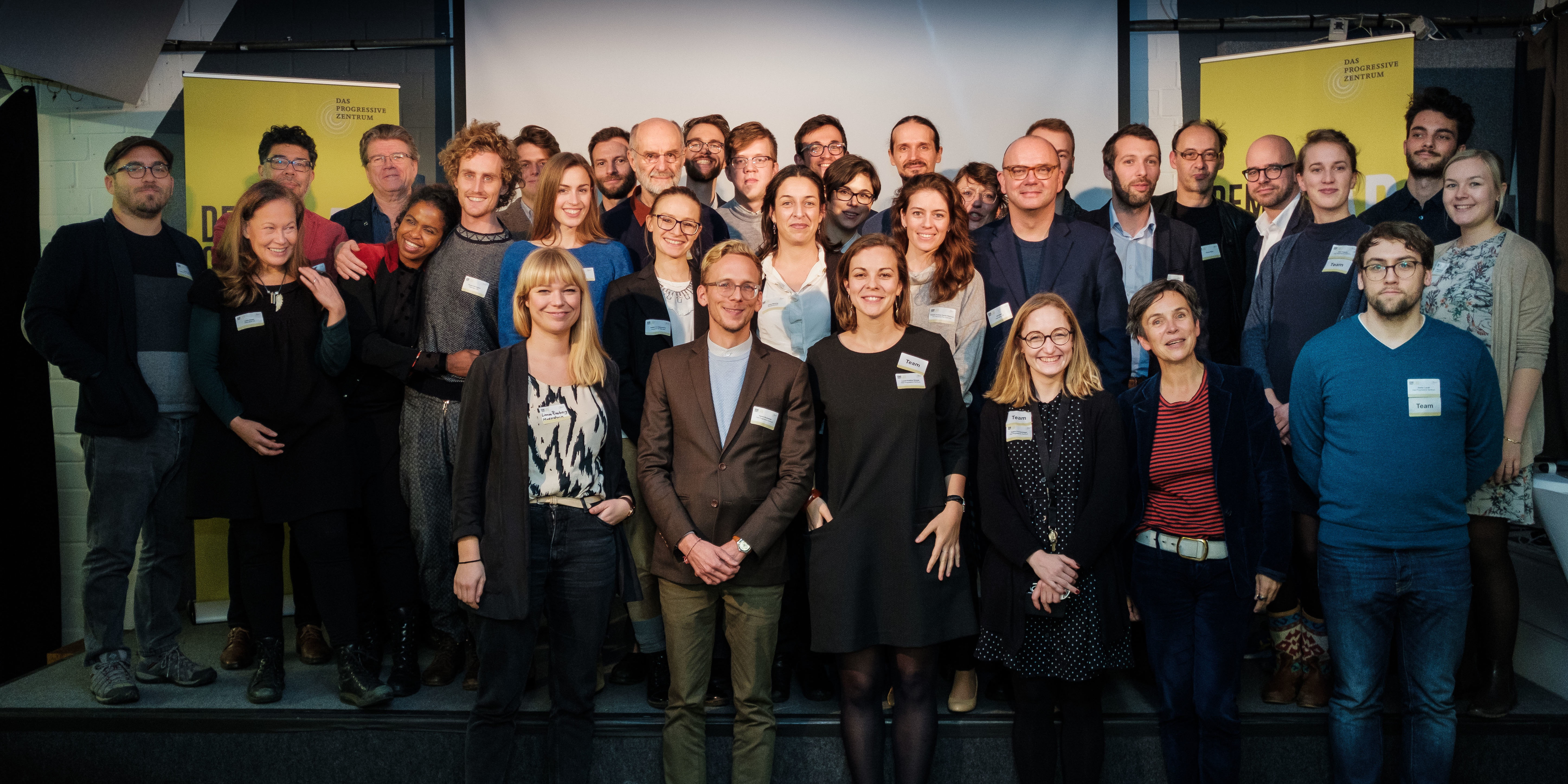 On Tuesday, 28 November over 100 participants as well as 28 Session Hosts and Speakers from ten different countries gathered at betahaus in Kreuzberg, Berlin, to exchange ideas and learn about concrete projects on how to innovate democracy.

Innocracy – Conference on Democratic Innovation was organised by the Democracy Lab at Das Progressive Zentrum with the objective to bring an international crowd of innovators together with German actors in the field of democratic innovation and to give them a platform to discuss and present their work from countries such as the UK, Poland, Spain, Austria, the Netherlands, Croatia, France the US and Colombia.

The conference program was a result of a call for ideas sent out in summer, to which more than 60 projects applied to present their ideas at the conference. In the end, the program featured diverse ideas on how to engage citizens in democratic innovations, how digital tools could contribute to political communication, and how innovations such as citizen assemblies and people platforms could provide new avenues for political involvement of citizens.

More than 100 guests found their way to betahaus in Berlin. After short welcoming remarks by Laura Krause, Head of the Democracy Lab, keynote speaker Maja Göpel, Secretary General of the German Advisory Council on Global Change, focused on the need for a more sustainable political system in her keynote speech “People, Prosperity, and our Planet – Governing the Anthroposcene”. Rather than concentrating our efforts on the economy or government, we need to acknowledge that the environment is the main framework in which we find ourselves in. Thus, changing our mindsets is one of the main preconditions to change politics in the future.

The keynote laid the ground for the various sessions that followed in 4 parallel tracks and featured a total of 19 individual talks, workshops, and debates.  The main stage featured Inspire-Talks, whilst other sessions looked for feedback on their projects and developed ideas with participants during Co-Creation sessions. Others debated particular topics, such as “Political intrapreneurs or entrepreneurs – who does the future belong to?” or how innovative formats shake up political dialogue and create new spaces for new forms of politics.

From very concrete projects such as the “Apptivism tool for citizen engagement” to thought projects such as the “SEED Initiative”, various projects and ideas were presented during the day, all with one objective: Thinking beyond the obvious and exploring ways to design democratic political systems in the future. Some explained how to engage civil society in politics, explored new methods of deliberative democracy at local level, explained how to use digital tools to improve representativity or presented alternatives to the majority principle.

One important message at the end: Believing in the possibility of change towards the better

After a full day of sessions and talks, Robert Misik, Austrian author and journalist, held an endnote entitled “Democratising democracy: The Future of Empowerment and Civic Engagement”, in which he summed up the various opportunities explored during the day. Hanno Burmester, policy fellow at Das Progressive Zentrum and Strategic Lead of the Democracy Lab closed the conference with a few remarks that made the audience laugh – and with an important message to all participants: Many of us are looking for answers in a world dominated by politics of fear and backward-looking policies. But instead of becoming complacent or cynical after feeling sadness and anger towards the current state of politics, we need to turn this into positive energy and continue to strongly believe that change towards the better is possible.

The day ended with a small reception in the betahaus Café, where participants mingled with session hosts and speakers, ending an inspiring day with a glass of wine or a beer and continued to talk about our favourite topic: Democratic innovations.

We would like to thank all participants for making this day a memorable one full of inspiring talks and exciting new connections. We would also like to particularly thank all session hosts which made their way to Berlin for this special occasion, and hope that lasting relationships and connections will arise from this conference.

In the meantime, stay tuned for more projects and ideas coming from the Democracy Lab. We are going to publish an anthology on democratic innovation featuring some projects and ideas presented during the Conference, and will organise a second conference in 2018.