Improved cooperation between parliaments in the EU – What role for interparliamentary conferences? 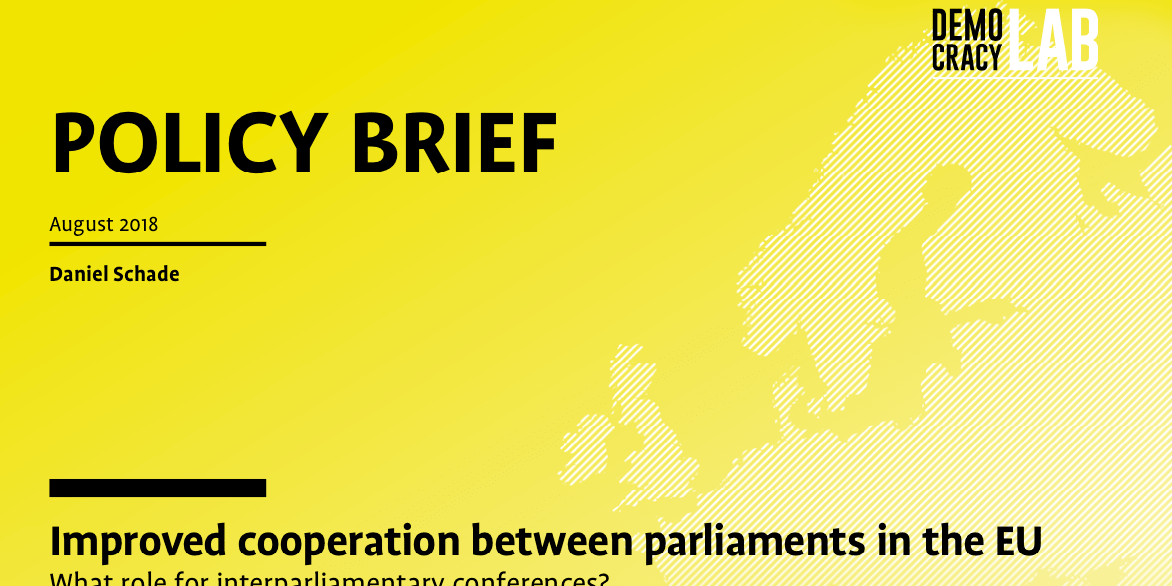 The aim of this policy paper is to contribute to the existing debate on the merits, pitfalls and challenges that come with giving national parliaments a further role in EU decision-making. It focuses, in particular, on a relatively new format to foster parliamentary cooperation, namely that of interparliamentary conferences (IPC) which have been created for two distinct policy areas in the aftermath of the Lisbon Treaty. 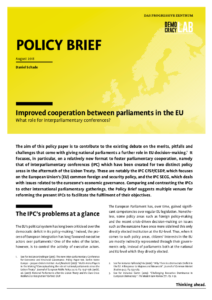 These are notably the IPC CFSP/CSDP, which focuses on the European Union’s (EU) common foreign and security policy, and the IPC SECG, which deals with issues related to the eurozone’s economic governance. Comparing and contrasting the IPCs to other international parliamentary gatherings, the Policy Brief suggests multiple venues for reforming the present IPCs to facilitate the fulfilment of their objectives.

RECOMMENDATION 1: BRINGING POLITICS INTO THE IPCS

5. Establish means to link MPs from different EU countries to foster the networking character of IPCs

Daniel Schade is a visiting fellow at the Democracy Lab of Das Progressive Zentrum. He works as a researcher and lecturer on European Politics at the Otto von Guericke University Magdeburg, and an occasional lecturer at Sciences Po Paris and the Vienna School of International Studies. He holds a PhD in International Relations from the London School of Economics and Political Science (LSE). His work is concerned with EU foreign policy and the role of parliaments in the EU’s political system.